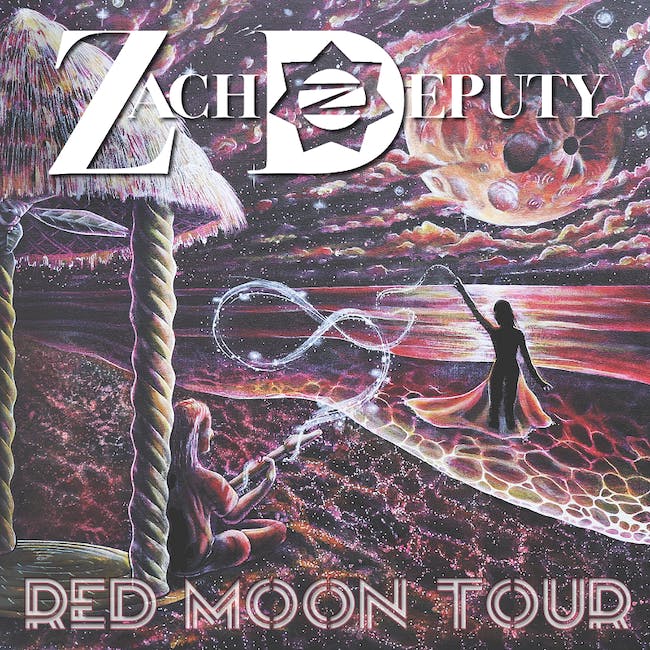 On his path towards becoming a successful touring musician, Zach Deputy serendipitously landed a solo gig in his early 20s by walking into a bar just after that night’s featured artist had bailed. Deputy soon introduced the world to the sound he’d eventually dub “island-infused, drum ‘n’ bass, gospel-ninja-soul.” By 2008 he’d released his debut album Out of the Water and—thanks to his ingenuity in looping—made his name as an unforgettable one-man-band live act. The new music kept flowing, and since then Deputy has released four critically acclaimed full length studio albums. As a special sneak peek into his new music, Zach will sprinkle songs from his upcoming album throughout his sets this fall.

Reflecting on his live shows, Zach says “music to me is about bringing people together from all walks of life and living in the moment with a joyful heart!” Deputy’s one man show creates a unique experience straight from the soul every night, raw and uncut with absolutely nothing prerecorded. As a pioneer of looping and synth guitar work well ahead of his time, he’s taken the technology to uncharted lands delivering a pocket groove unique to the ears. Zach says, “call me crazy, but I’ve always believed live music should always be live, but I’ve also always loved a good tranced out dance party too.” With this in mind he tailored his performances to meet his convictions. Combining his family roots Island vibe with his low country southern soul, a pinch of tranced out hippy hop, and a vast amount of talent, Zach’s sound emerges in focus.

Concertgoers can look forward to a unique live music experience. Zach plays a different set every night as an ultimate expression of living in the moment, with the hopes of opening windows to people’s souls to remind them of how good it feels to be alive.

Based in Charlotte NC, Of Good Nature, has received quick attention to their newly released, chart topping music. Reggae, Pop, Rock, and Alternative are more popular descriptions of OGN’s fusion-friendly approach to today’s music, but this group of prolific songwriters strive to explore a range of styles that have lead to a highly accessible sound. Brand new full length album “Timeless” debuted at #1 on iTunes and #3 on Billboard (Reggae Albums Chart) in March 2019. “Take Me Anywhere” has been featured on Sirius XM’s The Pulse, “Feels Right” and “Good Life” are streamed on popular Spotify and Pandora playlists including Happy Songs For The Office, Easy Like Sunday Morning, and Reggae Summer Beach.

Celebrating the successful release of “Timeless” the album, Of Good Nature has announced their partnership with Ineffable Music Group based in Oakland CA. The band is set to already head back to the studio June 2019 with producer/engineer Danny Kalb (Beck, Ben Harper, Foster the People, The Movement) at White Star Sound in Charlottesville, VA. OGN also received recognition for their past studio work, seeing their debut album, Just Add Water, won Indie-Ville’s Reggae Album of the Year and sophomore album Life Worth Livin, debuted at #5 on iTunes Reggae Albums Charts.

Formed in Columbus, OH in Spring 2016, The Quasi Kings are quickly gaining momentum in the Ohio and Midwest reggae scenes. Their unique blend of roots reggae and modern styles puts an emphasis on songwriting and vocal harmonies and has lead to their opening for the likes of Badfish, Fortunate Youth, Passafire, The Expanders, Third World, GPGD, The Werks, Tropidelic, Zach Deputy and more.