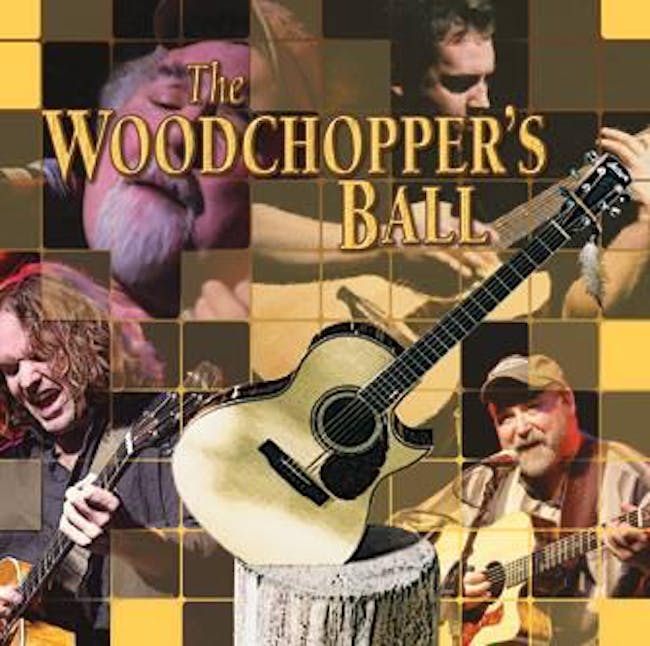 Muriel Anderson’s obvious joy of music, humor and her comfort across genres of folk, classical, bluegrass, popular and international music is revered by guitarists worldwide. Considered one of the world’s foremost fingerstyle guitarists and harp-guitarists, she is an engaging performer with a unique approach to the instrument. One minute she launches into a startlingly authentic Spanish-style original, then a Beatles’ tune, and next virtually transforms the guitar into Bluegrass band, a marching band, then a Japanese koto. Muriel’s innovative CD that lights up, “Nightlight Daylight” was chosen as one of the top 10 CDs of the decade by Guitar Player Magazine. Her new project is an international cookbook with a CD containing a tune for each recipe.

Many of her shows are highlighted by a backdrop of stunning visuals by celebrated photo-artist Bryan Allen, bringing you on a world tour, and even into space.

Muriel is the first woman to have won the National Fingerstyle Guitar Championship and has performed/recorded with Chet Atkins, Les Paul, Victor Wooten and the Nashville Chamber Orchestra. She is host of the renowned Muriel Anderson’s ALL STAR GUITAR NIGHT® and founder of the MUSIC FOR LIFE ALLIANCE charity.

IPMA Best Male Artist winner Brian Henke composes and performs his music like a painter putting images on canvas, a kind of sonic shaman, drawing his inspiration from the world around him.

His unique guitar style has been called everything from Folk to New Age to Neo-Classical to Pastoral or as Brian likes to call it “a big stewpot of everything, stirred up, simmered and served to taste.”

Brian has released seven instrumental solo guitar and harp guitar albums, two celebrated compilation albums, One group CD, and three vocal albums, the most recent the just released “Dance with the Fireflies”. Through it all is an undercurrent of spirituality and mysticism that Brian says is very much a part of the creative process. Because of this he has received radio air play all over the world on shows as varied as WKSU’s “Folk Alley” and John Dilberto’s “Echoes.” A winner of many acoustic and electric guitar awards, he has also been a finalist in the prestigious National Fingerstyle Contest in Winfield, Kansas, the National Guitarmageddon regional finals in Boston and in New Age Reporters Top 10 for 2006 and 2010.

At the age of 31, Matt Thomas has gained some large credit in the world of Fingerstyle guitar. He won 1st place in both Contemporary Thumbpicking and Open style at the Home of the Legends International Thumbpicking Competition. The following year, he returned to be inducted into the Thumbpickers Hall-of-Fame and was asked to compete again which resulted in another 1st place win in Contemporary Fingerstyle, and 2nd in Traditional Thumbpicking. 2017 is quickly becoming a monumental year for Matt with the release of his highly acclaimed CD “Man On The Moon” topped off with his placing 3rd in the prestigious Winfield International Finger- Style competition. A master of the acoustic guitar and harp guitar, Matt Thomas brings technical wizardry as well as a vibrant and poetic music making and it has made him one of the most distinctive fingerstyle guitarists performing in the acoustic guitar arena today. The world is quickly learning that Matt Thomas has arrived and is here to stay!

Acoustic guitarist Jesse Smith as just placed 4th in the International Fingerstyle Guitar Championships in Winfield Kansas for 2017! He’s played in various bands in Northeast Ohio for over 50 years and is currently doing solo work as well. His solo guitar style combines his country and bluegrass roots with folk, rock, blues and jazz. Hi influences are Chet, Jerry, Doc, Merle, Tommy, Scottie, Les, Eric, BB and a whole bunch of other players with two names! Jesse is a retired high school teacher from Wadsworth Ohio and is currently building acoustic guitars and teaching guitar lessons.

Michael Kelsey sums up his own stage show aptly when he says “There is a 5 piece band in my head. They all have different tastes in music and they are all trying to escape at the same time through my hands, feet and mouth. I hang onto the acoustic guitar and see what happens. His live performances are particularly moving . Sometimes he sounds as if he’s deftly playing more than one guitar. At a Michael Kelsey show audience members may actually lose themselves in the moment and forget that they are actually listening to just one person. They can be tapping their foot one moment, in a deep trance the next, then bursting into laughter. A finalist in in Guitar Player Magazine’s national competition and the winner of Guitar Center’s Guitamageddon, chosen as best unsigned guitarist out of over 3000 guitarists nationwide says it all.

Helen Avakian is an award winning singer/songwriter/guitarist based in Madison, Wisconsin, formerly of the Hudson Valley in New York, where she was a beloved performer, recording artist, and teacher for many years.

International fingerstyle guitar champion 2014 She was voted number one Favorite Acoustic Act four times by Rhythm and News magazine and has won numerous songwriting awards, including seven first prizes and four honorable mentions from the NewSongs Contest at the Walnut Valley Festival in Kansas. In September 2014 Helen won the International Fingerstyle Championship also at the Walnut Valley Festival. She is the first female to do so since the championship became international in 2004, and the second female to ever win this prestigious contest that started in 1979 and draws virtuoso guitarists from around the world. (The first lady winner was Muriel Anderson 25 years prior in 1989 when the contest was called the National Fingerstyle Championship.)

Helen has produced recordings for other songwriters and appeared as a studio guitarist and vocalist for Priscilla Herdman, Bud Buckley, Dennis Mayes, and Terry Champlin. She contributed vocals and guitar to Pete Seeger's Grammy-nominated last album, The Storm King.

Helen was also an accompanist for the Flamenco dance program at Bard College for a number of years, and she taught at Marist College, Dutchess Community College and for the Fresh Air Fund Program under the auspices of the ASCAP Foundation. Helen's latest album, I Love the Moon, has received much acclaim and radio airplay. Elmore Magazine calls the CD "new and exciting...indelible songs centered around a girl and her guitar, singing what matters most." Her latest album, and first solo guitar offering, Notes from Helen, "is an extraordinary CD, ranking with the very best fingerstyle - or any style - guitar album. With Notes from Helen, Avakian is well on her way to joining the ranks not only of top female guitarists, but of the best fingerstyle guitarists, period."