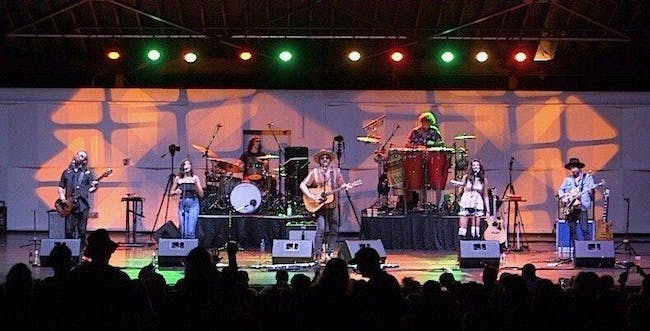 Back in the 1990's, Michael Glabicki had a vision he was driven to pursue. He left college, started a band despite the fact that he had no idea where the journey would deliver him. That vision grew into Rusted Root, the multi-platinum band out of Pittsburgh, and Glabicki became one of music's most unique voices.

While Rusted Root is on hiatus, Glabicki has been devoting his time to creating an entirely new soundscape. Glabicki's new solo project is aptly titled, Uprooted. This band brings back parts of the Rusted Root of old, but also includes more percussion and female vocals. Collectively, the band hopes that the new material will deliver it to a special place that the fans will appreciate. Glabicki continues to play Rusted Root's entire catalog with freshly inspired versions, as well as introducing new and exciting music under the moniker of Uprooted.

He says "I looked to the past and imagined where I wanted to go and realized this band is the perfect vehicle to take me there." The Uprooted Tour will focus on the energy and excitement Rusted Root brought to all of their fans, and keep the spirit of the music moving forward.

General admission tickets are $30. The show begins at 8 p.m., with doors opening at 7 p.m.