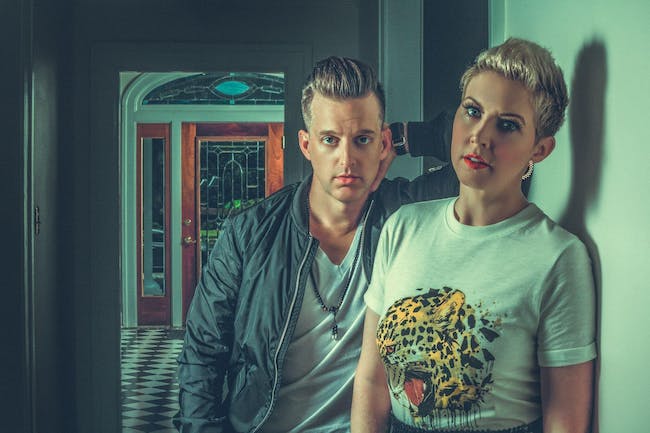 Thompson Square, the husband-and-wife team of Keifer and Shawna Thompson, burst onto the country music scene in 2010, with an organic vocal blend that harkened back to the duets of icons like Johnny Cash and June Carter. Their debut album included the single "Are You Gonna Kiss Me or Not," which went to Number One on Billboard's Country Songs chart, reaching double platinum status and garnering a Grammy Award nomination. Their follow up record, Just Feels Good, also included a Number One hit - "If I Didn't Have You."

The couple have been honored as Vocal Duo of the Year from both the Academy of Country Music (2012) and the Country Music Association (2013). Their most recent release, 2018's Masterpiece, offers up a fresh batch of poetic and extremely personal set of tunes. music. They recently released the children's book "Time to Get Dressed," which features sing-able prose that recounts the couple's every day experiences raising their three-year-old son.