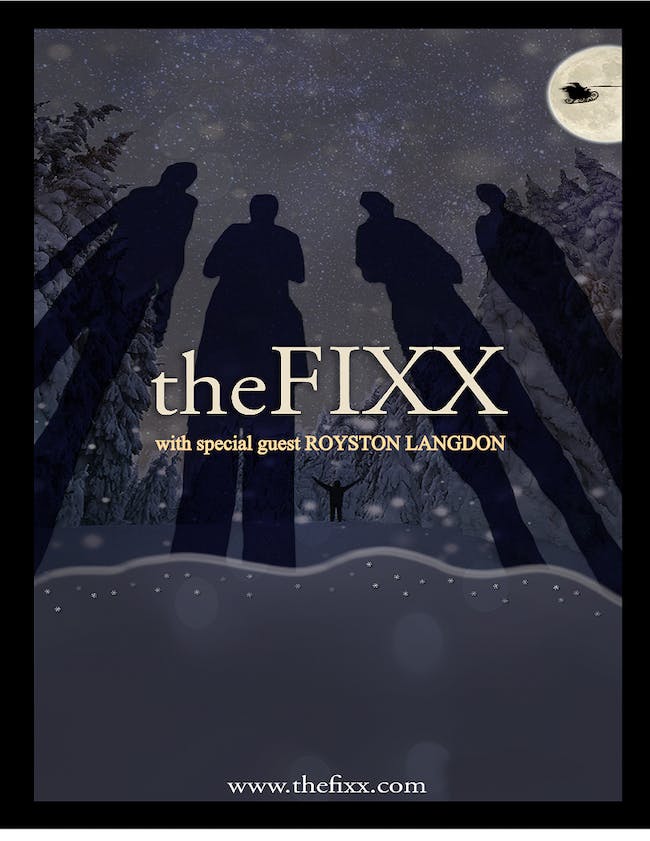 Iconic band to hit the road for 14 shows in December

For FIXX fans everywhere, the spirit of the season is about to embrace us once again. After a triumphant summer run of dates that saw the band dig deep into its legacy, this year’s FIXXmas Tour promises to surprise and please even the most ardent FIXX fan. Joining us on this year’s jaunt which kicks off on December 3rd in Alexandria, Virginia is the acclaimed singer/songwriter, Royston Langdon. FIXX lead singer Cy Curnin says “The real gift of this time of year is to give ourselves to each other. In this spirit, we hope you’ll join us in celebration of all things good…music, merriment, humanity and the true spirit of Christmas!” Tickets for the FIXX go on sale at your local venue box office and the usual online outlets on Friday, September 13th. The FIXX has been often heralded as one of the most innovative bands to come out of the MTV era. Instantly recognizable, The FIXX sound is unmistakably unique and stands out among the thousands of artists filling the airwaves. Songs such as “One Thing Leads To Another”, “Red Skies” and “Saved By Zero” remain everyday staples in television, film and on radio stations that continue to break new acts inspired by the era that The FIXX helped to define. The FIXX were then, and still are now; Cy Curnin on vocals, Rupert Greenall on keyboards, Jamie West-Oram on guitar, Adam Woods on drums, and bassist Dan K. Brown. Royston Langdon has been a performer for as long as he can remember. Most noted for his time as the lead singer and principal songwriter in Spacehog, formed in the fall of 1995, Langdon and his bandmates released the commercially and critically acclaimed debut album Resident Alien, which spawned the hit single "In the Meantime." Three more albums followed over the next 18 years. Since then, Langdon has embarked on a non-stop solo career which most recently has seen the release of his album “Everything’s Dandy” under the pseudonym LEEDS, named after his hometown in England. Currently, he is busy at work recording new songs for an EP coming in 2020. For more information: www.thefixx.com

Royston Langdon, known for fronting the British band Spacehog, which had a massive hit with “In The Meantime” in the mid-’90s, is doing his own thing these days under the name LEEDS, an homage to his hometown in England.

Last year he released his first solo record, “Everything’s Dandy,” with the help of long-time producer comrade Bryce Goggin (Pavement, Phish) and contributions from Black Crowes founding guitarist Rich Robinson. He’s out on a co-headlining tour with Jimmy Gnecco, who fronts the band OURS.