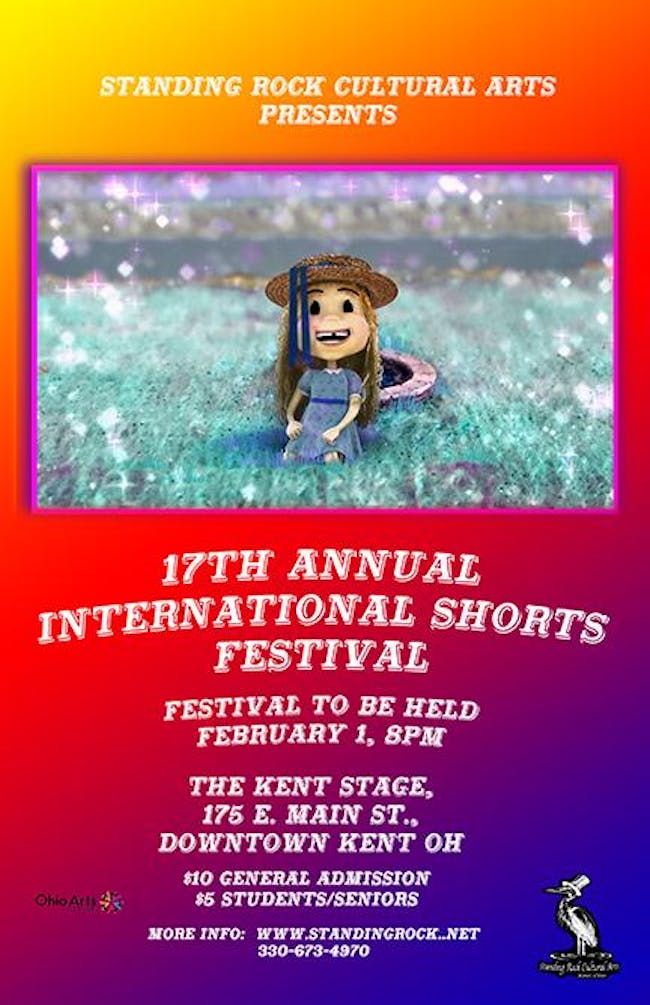  Short Films from around the world!

ADMISSION: $10 General / $5 Students and Seniors. Tickets can be

purchased at the door or online at www.kentstage.org

International Shorts Festival. This popular annual event will feature films from as far away

as Switzerland, and from as close as Akron, Ohio. It will include animation, music videos,

The first part of this event will feature short films from around the world. This

section will be preceded by a short titled “Community Art in Kent” by Chelsea Orlando.

chance to vote on their favorite film. A jury will also select a Juried Choice Award from

The second part will be made up of last year's People's Choice Winner, “The Spirit

Seam” by Ashley Gerst as well as other shorts of her choosing. Concluding the festival,

there will be a screening of award winning “Espiral” by Susana Weingarten, former dancer

from Evert Dance Company in Cleveland.

A list of the films we will be showing this year will be published on our website,

www.standingrock.net as well as our Standing Rock Cultural Arts Events page on Facebook. 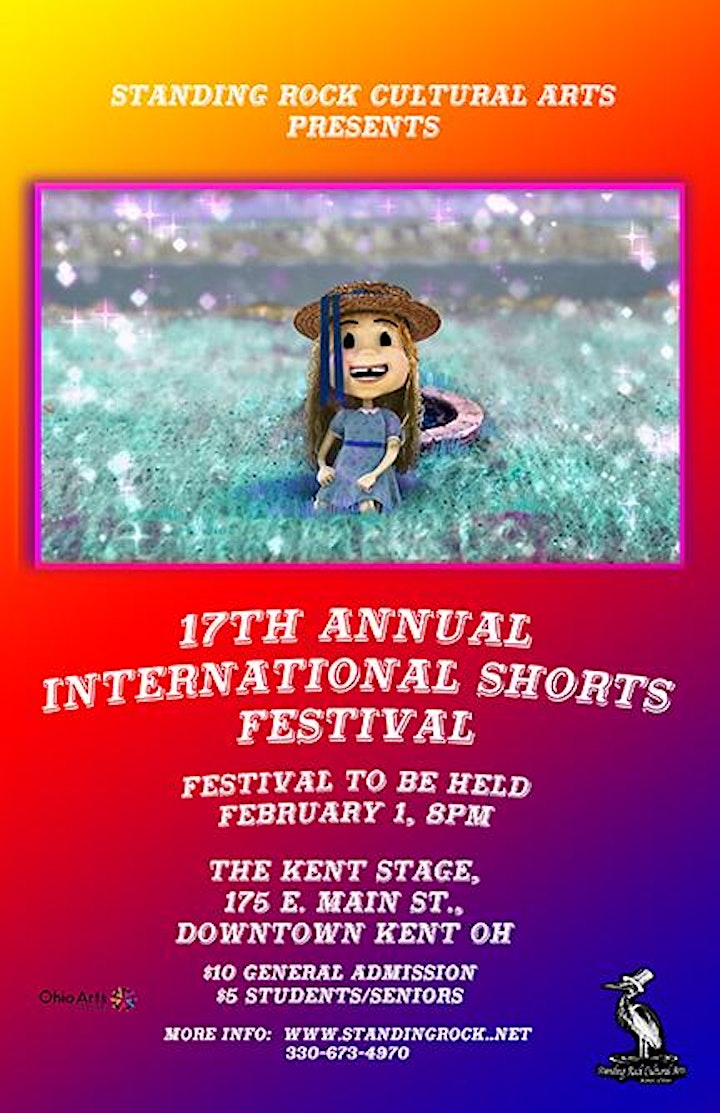