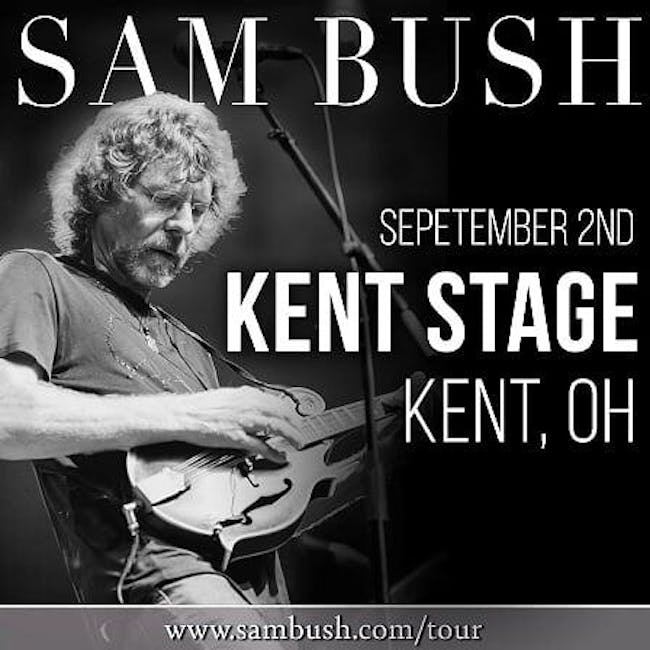 Sam Bush is an American original. Early on he developed an interest in music -- encouraged by his parents' record collection and by his father Charlie, a fiddler, who organized local jams. He purchased his first mandolin at age 11, and as teen he was three-time national champion in the junior division of the National Old Time Fiddler's Contest. Country legend Roy Acuff offered him a spot in his band, and Bush actually turned him down. It was not the music he wanted to play. He admired the grace of Flatt & Scruggs and loved Bill Monroe, but he'd discovered electrified alternatives to tradition. After playing for a year with the Bluegrass Alliance, Bush left the group and formed the New Grass Revival with some of his former bandmates.

The New Grass Revival broke new ground in the world of progressive bluegrass. "Our kind of music tended to come from the idea of long jams and rock and roll songs," said Bush. They released chart-climbing singles, made videos, earned Grammy nominations, and in 1989, called it quits. Bush then went on to work with Emmylou Harris and Lyle Lovett. In 1995 he toured with Bela Fleck and the Flecktones, reigniting his penchant for improvisation. Then, finally, after a quarter-century of making music with New Grass Revival and collaborating with other bands, Bush went solo.

Over the past two decades he's released seven solo albums and a live DVD. Bush has long since established himself as roots royalty, revered for both his solo and sideman work. But instead of kicking

back and soaking up honors such as an Americana Music Association Lifetime Achievement Award and suite of Grammys and International Bluegrass Music Association trophies, Bush still strives relentlessly to create something new.

General admission tickets are $35. The show begins at 8 p.m., with doors opening at 7 p.m.