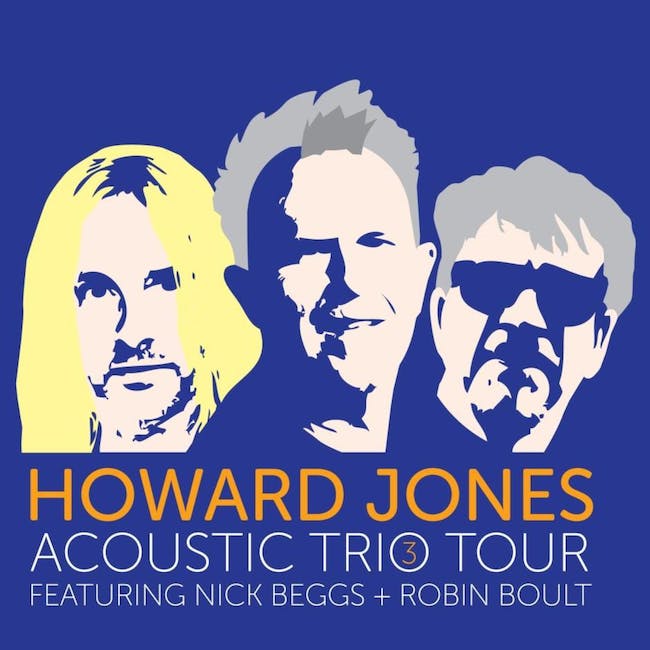 Electronic music pioneer Howard Jones has been a constant presence on the international touring scene for the past three decades, playing live in a number of different configurations including intimate solo shows and dates with his full high-tech band set-up. His most recent album is TRANSFORM, his first new studio album in nearly a decade. Released earlier this year (2019) to critical acclaim, TRANSFORM features several collaborations with electronica luminary BT. Of the album, Paste avowed, “TRANSFORM is remarkably consistent to Jones’ lush brand of synthpop…a balance of what is familiar and what is innovative, new magic from old spells” while Pop Matters declared the album to contain “dazzling synth sounds, catchy melodies and introspective and lifeaffirming lyrics - but with a contemporary feel”.

Howard Jones first burst upon the contemporary music scene in 1983, with his very English songwriting and pioneering synthesizers. His first two albums HUMAN’S LIB and DREAM INTO ACTION were worldwide hits. HUMAN’S LIB reached #1 in 1984 in the UK and featured the hits “New Song,” and “What Is Love?” In 1985, Jones released the follow-up, DREAM INTO ACTION, which quickly became a Top Ten Platinum album in the United States and featured the smashes: “Things Can Only Get Better,” “Life In One Day,” “No One Is To Blame,” and “Like To Get To Know You Well.” Howard Jones has sold over 8 million albums worldwide and continues to make new music and tour the world. Jones recently performed on NBC’s top-rated morning and nighttime shows respectively, Today and The Tonight Show Starring Jimmy Fallon. 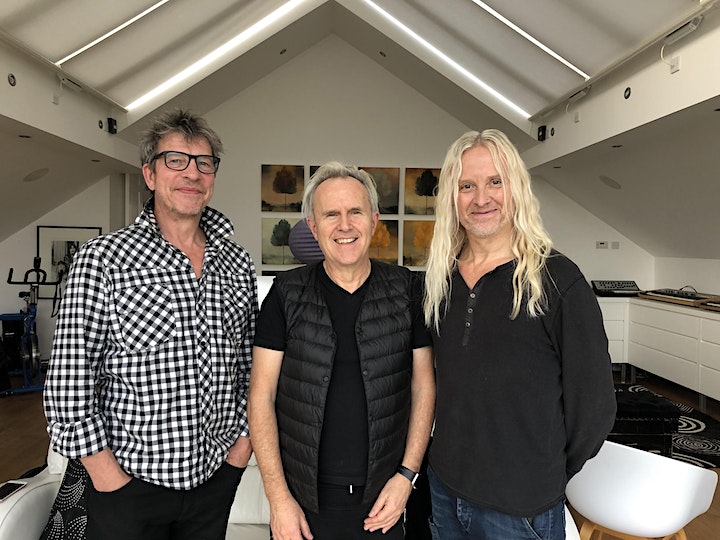 Rachael Sage has released the first single from her forthcoming album Character: a string quartet version of the classic Ani DiFranco song “Both Hands.” Rachael Sage’s fresh take on “Both Hands” is both musically unexpected and a full circle moment. Sage first toured as an opener for DiFranco and she’s long been inspired by her fellow indie label owner, but in this case it was more vital. While undergoing treatment after a 2018 cancer diagnosis, Sage listened to the song as part of a playlist that kept her determined and strong. A year later, it was a natural fit for her album, Character. The visceral song showcases Sage’s ability to evoke emotion with her voice on top of DiFranco’s lyrics that speak to the sacredness of memory, and appreciating shared moments of passion and beauty within relationships, including ones that come to an end. Listen and read about the track on Popmatters.

“‘Both Hands’ was the very first song I ever heard by Ani DiFranco while I was in college – so it’s been an ear-worm in my head for decades. While I don’t typically do covers, it was one of the first tunes to find its way back to my fingers on the guitar during my cancer recovery. A few months later I had the idea to record it with a string quartet, in the vein of one of my favorite albums, ‘The Juliet Letters’ by Elvis Costello. The song itself is very bittersweet and I have certainly experienced those dynamics in my life, to the point where when I went to sing these lyrics, it truly felt like it was my personal story. What I also love about the music is that it feels like a train that never slows down…there’s a kind of kinetic rhythm to it propelling the story forward to its inevitable conclusion, which is definitely how I felt during the past year with respect to certain changes I’ve made in my life that have ultimately allowed me to heal.” -Rachael Sage

Produced by Sage and Grammy® winner Andy Zulla, the track features a string quartet performing an arrangement by cellist Dave Eggar (Evanescence, Coldplay), Sage, and Chuck Palmer. Zulla set up cameras around Carriage House Studios in Stamford, CT to capture the recording process, and edited the footage into the official music video.

January will also see Sage heading back out onto the road supporting 80s music icon Howard Jones, after accepting his personal invitation to join his US Acoustic Trio tour.