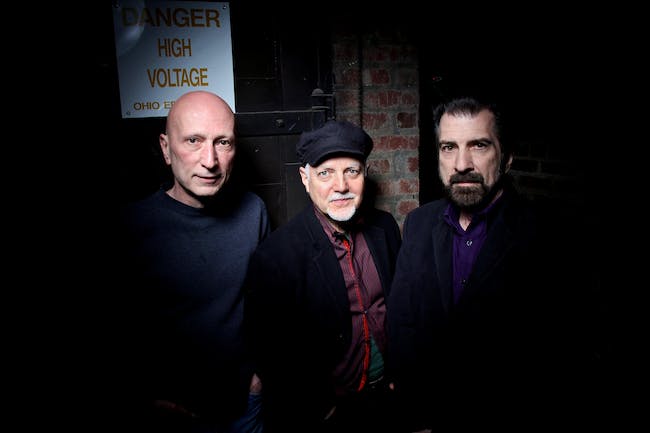 Glass Harp - the Youngstown trio of guitarist Phil Keaggy, bassist Dan Pecchio, and drummer John Sferra - represent a unique position in the rock history of Northeast Ohio and nationally. They were a bare bones group in the tradition of Cream, Jimi Hendrix Experience, and fellow Ohio band, The James Gang. They developed a signature sound of their own - a progressive approach that allowed the members, collectively and individually, to stretch beyond the confines of standard form.

The band quickly found a following in the thriving music scene of Northeast Ohio. Glass Harp were especially popular at the legendary JB's in Kent, Ohio, playing to packed houses during the tumultuous days surrounding the anti-war demonstrations at Kent State. That local following led to a national recording contract, and big tours with the likes of Traffic, Yes, The Kinks, Humble Pie, Alice Cooper, and Grand Funk Railroad.

In their early history, the group released three critically acclaimed albums on the Decca-MCA label: Glass Harp, Synergy, and It Makes Me Glad.

In spite of their short-lived life, the band managed to make a significant mark. After their breakup in 1972, Keaggy went on to a career in Christian music, Pecchio joined the Michael Stanley Band, and Sferra was involved various music projects including the release of a solo album. Following a 1997 reunion at the Rock and Roll Hall of Fame and Museum, the trio has performed together on rare occasions. They have released one new studio album as well as several live albums.