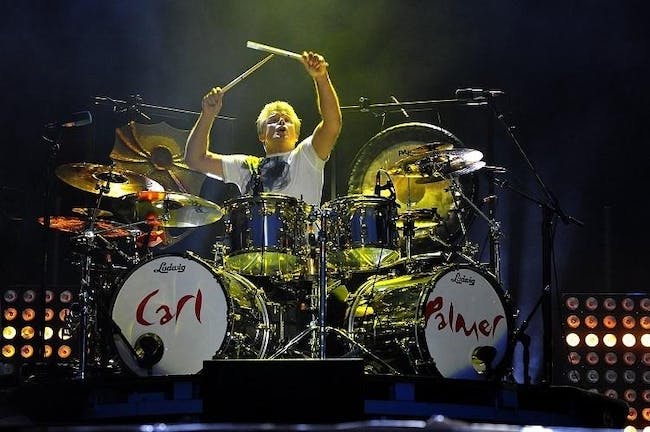 Carl Palmer is a drummer’s drummer. A consummate professional, a brilliant technician and a dynamic showman, he has thrilled listeners and audiences alike for nearly five decades with some of music’s most memorable bands including Atomic Rooster, The Crazy World Of Arthur Brown, Asia and Emerson, Lake & Palmer (ELP). Along the way his dazzling speed and mastery of the drums, combined with his infectious stage personality, have secured for him a respected place in history as one of rock’s greatest drummers.

On his current tour, Palmer pays respect to the legacy of Emerson, Lake & Palmer. Palmer will present bold, new arrangements of the best-loved instrumental music of ELP, and other composers. “Since 2001, I have been playing with my own power trio, replacing the keyboards with electric guitar,” said Palmer. “I felt that was the only honest way to approach the music of ELP. ELP did so much instrumental music, this format made sense to me.”